Go to Georges Creek United Baptist Church on Rt. 23 going towards Paintsville, KY, go to the 1st gas station and turn onto the road just before the station.  There is a Chandlersville lodge at the road and Rt. 23. 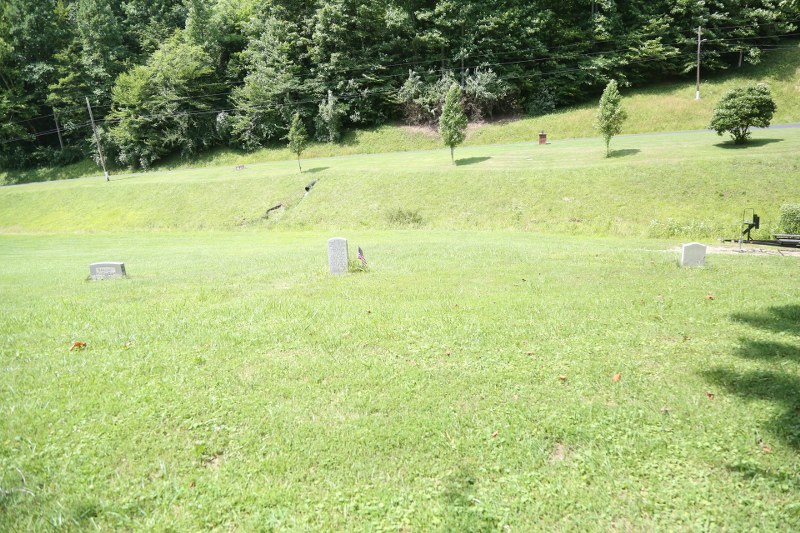 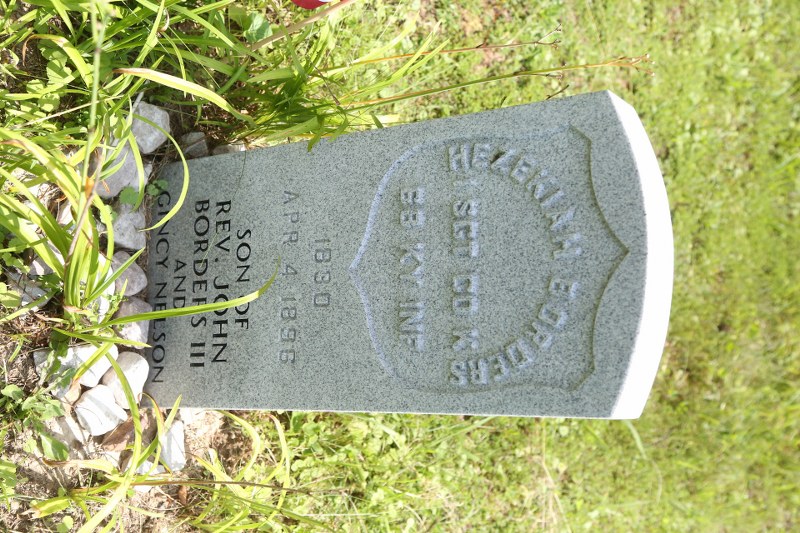 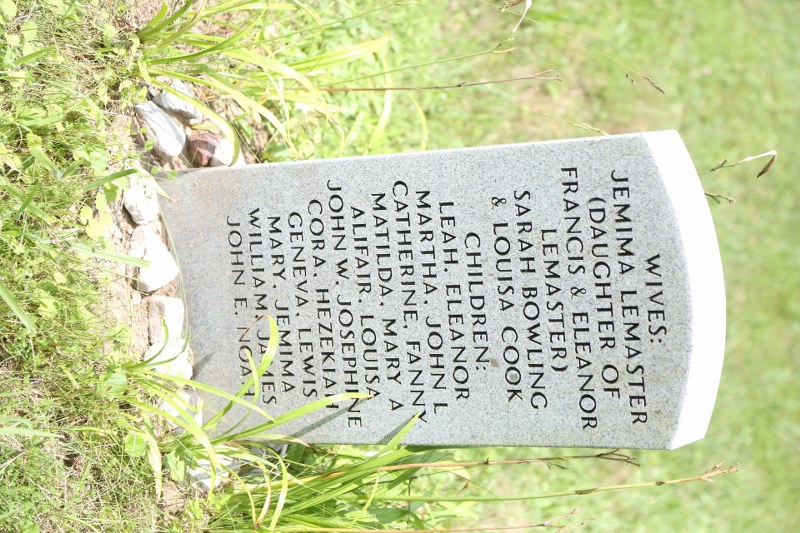 Paintsville Herald, May 29, 1968
Services were held Sunday, May 26, for John E. Borders, 74, who died Friday, May 24 in a local hospial after a brief illness. O. I. Williams officiated at the services held in the Lowmansville United Baptist Church. Burial followed in the Borders Cemetery under the direction of the Jones-Preston Funeral Home. Born in Lawrence County on May 8, 1894, he was the son of the late Hazekiah and Eliza Cook Borders. A retired miner and farmer, He had lived at Lowmansville all his life and was affiliated with the United Baptist church. Survivors include his wife, the former Vina Murray; two sons, Samuel R. Borders of Grove City, OH and Melvin Borders of Santa Barbara, CA; five daughters, Mrs. Anna L. Clark of Cincinnati, OH, Mrs. Exer LeMaster of New Carlisle, OH, Mrs. Estell Clark of Columbus, OH, Mrs. Ruby McGinnis of Ironton, OH and Mrs. Nellie Conley of Salyersville; and one sister, Mrs. Mima Davis of Ashland. 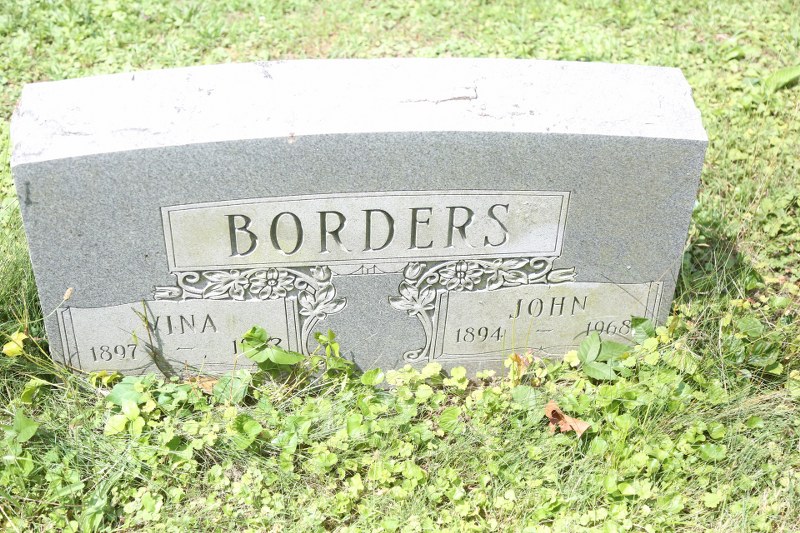 Paintsville Herald, July 2, 1986
Daniel Keith Borders, 2, died Saturday, June 28, in the home of his grandparents. Daniel was born February 13, 1984 in Texas, the son of Stephen and Sherrill Clark Borders. Surviving are his parents; one brother, David Borders; one sister, Michelle Borders; his paternal grandparents, Melvin and Ethel Borders of Lowmansville; and his maternal grandparents John and Dora Clark of West Van Lear. Funeral services were held Tuesday, July 1, in Jones-Preston Funeral Home Chapel with Bill Harshbarger officiating. Burial was in the family cemetery at Lowmansville with Jones-Preston Funeral Home in charge of arrangements. 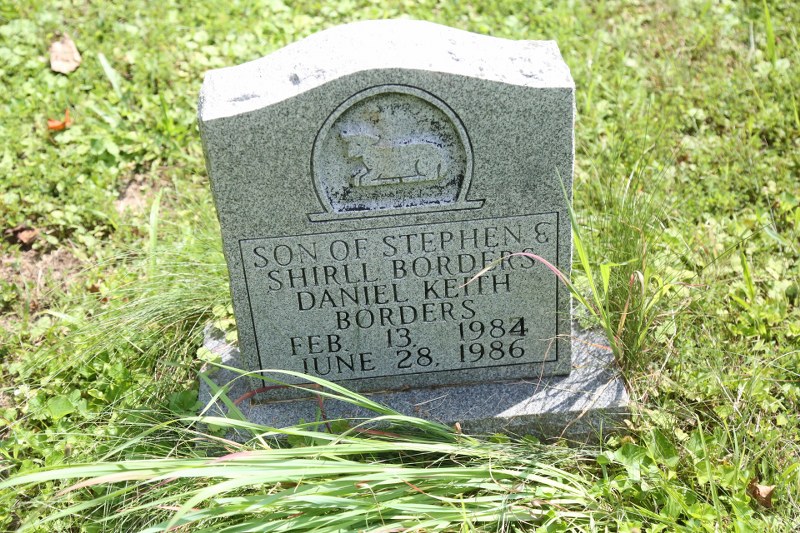